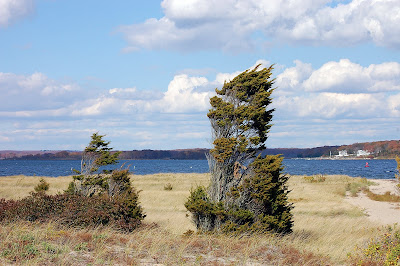 Without wood a fire goes out; without gossip a quarrel dies down. ~ Proverbs 26:20

Life seems to be passing by so quickly lately. I suddenly realized last week that Thanksgiving was right around the corner, making Christmas less than six weeks away. I love this time of year, now that I have learned to not get caught up too much in the “tasky” part of it. I have more of an appreciation of what the holiday season is supposed to be about. This is not an easy task considering how bombarded we get by the media, the retail industry, our family/friends and ourselves with messages about how the holiday season has to be as perfect and as happy as rainbows and puppy dogs. Don’t get me wrong, I love to shop for presents, bake holiday treats, and put up the Christmas tree just as much (and maybe even more) than the average Joe, but for the past few years, I have tried to find a focus for myself during the holidays to make sure that I get through the holiday season with some purpose and appreciation.
This year’s focus has been on my mind for months now. A lot of times we hear about people doing good deeds for those less fortunate than ourselves such as feeding the hungry and buying toys for those children who may otherwise go without. This is to me, part of the essence of the holiday spirit. But this year, I am thinking about a different kind of giving; the giving of compassion. Compassion for those whom we otherwise gossip about amongst ourselves. Those people who we say have brought on their own misery. Maybe it is someone who you heard was unkind to a friend of yours. Maybe it was someone who just has a personality that rubs many people the wrong way. Maybe it is someone who always has a lot of drama in their lives.
I am not saying that by practicing more human compassion and kindness for people in our social circles that may fall into a category like described above, we should allow them to take advantage of us or add toxicity to our lives. But the reality is, as human beings, we oftentimes target people with our gossip and sometimes even nastiness when the transgressions they have supposedly done either have had nothing to do with us personally or are on a scale of such insignificance, that we should be embarrassed to admit that it has even been more than a five minute thought in our brain. Because really, does it matter what Ms. X said to Ms. Y about Ms. Z on October 5th? And do we really need to know why Ms. A is no longer friends on Facebook with Ms. B? I think not. The thing about negative gossip is that it takes on a life of its own. It permeates our social circles like a cancer and is usually more destructive than constructive.
I bring this up because to be honest (although not proud to admit), gossip is a pretty lousy character trait that I have been known to fall victim to as an adult. I can be gossipy and judgmental as much as the next person; although I like to think that I have made great strides in this department lately. It is an easy trap to fall into but what I have found is that gossip and anything associated with it can be easy to extinguish. Sometimes it is just a matter of not associating with people who may thrive on it or calling it out on the table when it does happen.
I understand that it is human nature to talk about what is going on with people that we have come to know in our social circles and community whether it be school, work, church, etc. There is a difference however between discussing the excitement of someone’s promotion at work and debating how they got it in the first placed based on their lack of experience. What gives us the right to make such harsh judgements about our fellow man? Who made us judge and jury of circumstances that most likely, we know very little about?
So during this 2010 holiday season, I hope that we can all stop before we speak ill about someone, no matter what the circumstances may be. I also hope that we can stop to think if the words that come out of our mouths build up someone’s reputation rather than tear it down. We are now entering a season of giving thanks and for many of us, commemorating Jesus’s birth. Rather than beginning the season with rumor and negativity, let us enter it with love and compassion...for everyone.