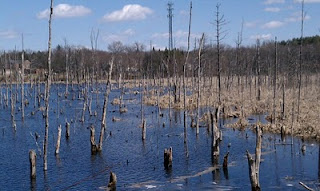 A man sooner or later discovers that he is the master-gardener of his soul, the director of his life. ~James Allen


I attended a conference the other day in which some statistics were presented about obesity rates in different parts of the world. It stated that women in the United States have an obesity rate of 36% which earned us the number one spot for modernized countries. For men, it was somewhere in the low 30’s. Seriously? Note that these are percentages for women who are obese, not just overweight. The difference is that to be obese, your body mass index (BMI) must be greater than 30%. The rates for the countries that scored lower on the list such as Japan and Korea were in the range of 5-7%. I am sure considering the drastic differences in the lifestyle habits between us and our Asian friends that no one finds these numbers surprising, but the reality is, it is a strong statement about the lifestyles that we live.


I don’t want this to be a blog about numbers though. It is about health, our health and the health of those that we love. We are an incredibly unhealthy society and I am no exception. I have been overweight (and then obese) since I hit puberty. At my highest weight, I was approximately 100 lbs. over what experts would consider a “normal” weight for me. The reasons for this were many: bad eating habits as a child, lack of exercise, antidepressent medications, autoimmune medications (especially steroids) and the big one-emotional eating. I developed what I think to be an addiction to sugar and processed foods. I come from a family where heart disease, diabetes, and especially cancer are rampant. I have a mother who has had ovarian and breast cancer (breast cancer has found to have obesity as a risk factor) which subsequently puts me in a high risk category. I myself am a cancer survivor and because of treatments I received, am at risk for secondary cancers. But yet, that didn’t stop me from consuming quarter pounders and french fries. Despite the insane amount of health problems I have had (many not weight related but that is besides the point-I was sick of being sick), I still threw crap like soda, fried food, cookies, candy, potato chips, etc. etc. into my body on a daily basis.


Because of many factors, I lost a good deal of weight over the past two years. Mostly because I dealt with my emotional eating issues (some of it in therapy) and no longer turn to food for my comfort. I was more physically active by walking my dog on a semi regular basis. I was cooking more at home. The reality though was this: I was still overweight (technically still “obese”). I was still unhealthy. Even though I had made some great strides with Chinese medicine in dealing with the autoimmune disorder, I was still plagued with pain and fatigue. I was sick of being sick. I was sick of craving crappy foods. I wanted to be able to get through a day like everyone else. I wanted to learn to ballroom dance. I wanted to be fit. I wanted to be healthy. I needed to take responsibility.


So about a month or so ago, I decided to take responsibility for my body. I have spent an obscene amount of time reading, researching, and figuring out how to get myself out of this hole that so many of us have fallen into. A lot of it is mental. I really wasn’t sure I had the capability to be healthy and fit. I didn’t think I had the capability?!? How sad is that? That’s ridiculous Yes, I may have some physical limitations but for whatever I lack in that area, I make up for in intelligence and determination! I mentioned this to my boyfriend (the not being able to do it part) while we were watching the Biggest Loser one night and he just looked me right in the eye and said he thought I could do it. He thought I could lose that last 40 lbs. and be fit. Like they say, sometimes you just need one person to truly believe in you...


I will not diet. I strongly feel that dieting is harmful to not only a person’s body, but also to their soul. What I did do is change my nutrition. After I had started acupuncture last November, I had made some changes such as cutting soda out of my diet (one of the hardest things I have ever done) already, but I needed a big overhaul. So I have begun eating I guess what is called a “clean” diet. I am trying to focus on fruits, vegetables, whole grains, and lean proteins. My goal is to reduce (and hopefully eliminate) processed foods. That is what makes us unhealthy and fat. I try to eat organic as much as possible. I am not perfect at it but I do the best I can and try to be patient with myself. It’s a learning process.


Exercise has now become a regular part of my life. I stalked Planet Fitness’s website for a while waiting for a good promotion so I could afford to join a gym. I prefer to spend time outside walking my dog, but I figured the gym would give me a place to exercise so I have no excuses for when it is raining, snowing, too hot, or too cold outside. I do live in New England after all! I also wanted to see if I could build up some muscle strength by using weight machines. The exercise part has been very tough for me to figure out in terms of my joints, fatigue, etc. I have to closely monitor what I’m doing and when I am doing it in order not to overdo it. But I just keep telling myself that research has proven beneficial for joint pain as well as asthma so I keep at it. I do think it will get easier as time goes on.


So that’s my story…and I’m sticking to it! I have to admit, it is not an easy story to blog about (who wants to admit that their BMI is over 30??) but I figure that I am not alone. I can’t be alone. Over 1/3 of us are obese in this country. Some people say they are OK with that, being obese or overweight. They say that they only live once, so they are going to enjoy their daily diet of double cheeseburgers and french fries. To that I say: power to you. Me? I only live once too. And you can sure bet that I am going to enjoy the hell out of it for as long as I possibly can. And it’s all going to start by taking responsibility.