July 28, 2011
"A journey is a person in itself; no two are alike. And all plans, safeguards, policing, and coercion are fruitless. We find that after years of struggle that we do not take a trip; a trip takes us." ~ John Steinbeck 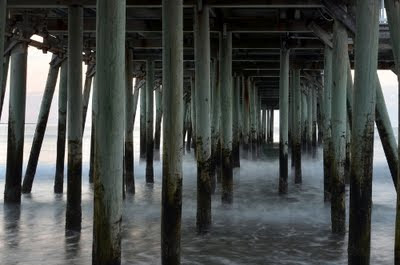 I am a planner. I have been my whole life and to be honest, sometimes I border on the mildly obsessive side when it come to planning things. There are huge advantages to knowing what you are going to do and when you are going to do it, or so I have always thought. For me, being a planner has meant having control and therefore avoiding all the potential disasters that can occur. Take a trip or vacation for example. Make your reservations, get your route all mapped out, figure out what events are going to be included in your trip. Nothing can go wrong then. Yeah, right. Reservations get lost. Road construction delays your driving trip by hours. And horrors of all horrors, it rains the whole time you are on your well planned trip!


Now, my partner in life, love, and adventure (AKA boyfriend Chuck) is the antithesis of a planner. For years, I have wanted to be able to relax and not have to plan every single second of every single day and over the past two years or so, I have become more laid back. When we started dating though, I thought for sure his fly by the seat of his pants approach to many things would cause quite a stir in our relationship because of the fact that I just didn't feel comfortable going through life like that on a regular basis. See, oftentimes he can plan for really important events such as say, Christmas or my birthday, but otherwise, not so much. He approaches it more like the fact that tomorrow is not here yet so most planning does not have to be done far in advance. For example, we had a large Fourth of July cookout this month. I started making lists and organizing about two months beforehand. Extreme? Maybe. If it was up to just him, planning would have begun the day (or maybe a few days) before. And you know what? The cookout probably would have been just as successful either way. However for me, it alleviated a lot of the stress and anxiety to start planning far in advance.


However since we are both in this relationship for the long haul, compromise has to be made. He has worked on doing some planning ahead when the situation warrants it, compared to his pre-Christine days; which of course I think is never a bad thing! In return, I have been trying hard as hell to be more spontaneous. Not an easy feat, I must say! It has been quite a learning process and one that I think is helping me to grow as a person.


I realized how far I have come along in regards to this issue recently when we were planning a three day weekend to the beach in Maine. It did require a bit of forethought as we have a dog that we need to find a sitter for while we are away. So we picked out a weekend according to Chuck's work schedule and the dog sitter's schedule. We decided we were going to Old Orchard Beach in Maine. We talked about a few ideas of what each of us would like to do while we were there, but that was really only because we were so excited to go. And...that was all the planning that was done.


I suggested making a hotel reservation since it was the middle of the summer in a beach town and on a weekend to boot. Ohhh no. Chuck said he always just drives up there and finds a place to stay. I thought he'd been smoking some crack earlier that day.

"What if we don't find a vacancy?"


He reassured me that we would indeed find a place and the reality was, I trusted him. Something would work out. If it didn't, then I could say I told him so. Just kidding; alright maybe not. Then I started thinking about how exciting it would be to go up to Maine without having any idea of where or what kind of place we were going to stay at. We had taken a trip up to Vermont a few months ago and although we DID have reservations for that trip, we ended up making stops on the trip there that we hadn't planned on and oh, how many great things did we see! Worst case scenario would be that we would stay further on the outskirts of town or end up in New Hampshire. I could do this! 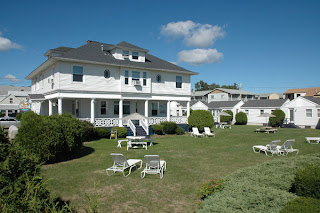 Off to Maine we went with no reservations and no day by day itinerary set. We would just go and do what the mood struck us to do. I have to say, it was one of the most relaxing and enjoyable weekends I have ever had. Shocking for me considering the complete lack of planning that went into it; according to my standards anyways. Not only did we find a vacancy on our second attempt after driving into town but we found a quaint and picturesque inn, called The Gull Inn, located right on the beach at a somewhat decent rate. We went on the beach when we wanted. We ate as early or as late as we wanted. I found myself not really caring what time it was. I realized by the end of our journey that despite not scheduling a single thing, we still got to do what each of us wanted to do which was basically be on the beach, take photographs, read, play arcade games, eat, shop, and go to an amusement park.


Because we did not plan our weekend and did some exploring, we also got to experience things that we didn't anticipate. Besides finding our great little inn, we went to a larger amusement park on the trip home. We found a wonderful discount bookstore in town. I, Ms. "It Takes Me Two Straight Weeks Every Seven Years to Find a New Bathing Suit", found a wonderfully flattering bathing suit at a store. I wasn't even PLANNING on looking for a suit that weekend.


There were also other things that I did not anticipate discovering while we were flying by the seat of our pants that weekend. Such as, I don't have to try and be in control of the universe, or even myself, twenty-four hours a day. Moments are best experienced when you are fully in those moments and not thinking beyond them. I discovered that even if we had difficulty finding a place to stay, I have enough faith in Chuck and in the two of us as a couple to know that we will be alright no matter where we end up, whether it be on a trip to the beach or in the journey that we call our life together. 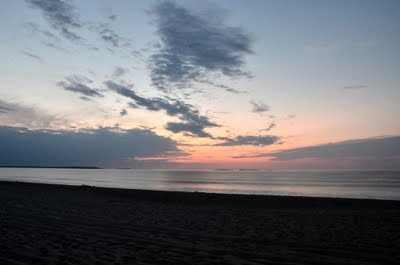 The kicker of the weekend came when we were driving back from Maine and decided to stop at that amusement park, Canobie Lake Park, in New Hampshire. I had not been to an amusement park in at least twelve or thirteen years. I was excited and couldn't wait to experience everything. We parked our car and got in line to buy tickets. We handed the tickets to the person working at the front gate and as we walked through through the turn sty, I picked up one of their free park maps to figure out what was there and where we wanted to go since it was my first time. Then a lightning bolt thought struck me. Looking at the map would take away from the adventure and surprise of it all. Within literally ten seconds of picking up the map, I had thrown it into a trash can, almost like it was on fire. I am not sure who was more shocked, Chuck or me. And then with a smile on my face, we took off walking aimlessly through the park, never knowing what adventure was going to be around the next corner.