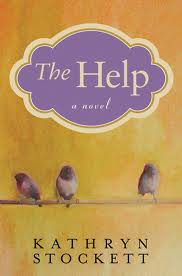 "Wasn't that the point of the book? For women to realize, We are just two people. Not that much separates us. Not nearly as much as I'd thought." ~  Kathryn Stockett (The Help)
"All my life I'd been told what to believe about politics, coloreds, being a girl. But with Constantine's thumb pressed in my hand, I realized I actually had a choice in what I could believe." ~  Kathryn Stockett (The Help)


One must be living under a rock these days if they have not heard about Kathyrn Stockett's blockbuster debut novel entitled The Help. It was recently released as a movie and appears to be a hit at the box office thus far. I am not one to usually devote an entire blog entry to a book or film, but it is one of those stories that just stays with you and hence why I feel compelled to discuss it,;especially since I read the whole 451 pages in a whopping three days. Per usual, I felt that the book was better than the movie.


The story (without giving too much away!) is set in the early 1960's in Jackson, Mississippi. It is told from the perspective of three women. Two of the women (Aibileen and Minny) are black and work as maids and the third (Skeeter) is a white woman from a prominent white family who employs maids. After coming home from graduating college, Skeeter wakes up to the fact that the black maids are treated very differently than white people. This is initially brought to her attention by her fellow white girlfriends who have started an initiative for all homes in Jackson to have separate bathrooms for the "colored" help based on beliefs that they carry different germs and disease than white people, therefore putting the white people at risk. Skeeter also finds out that her own maid, Constantine, has mysteriously and abruptly left the household. Skeeter, an aspiring writer, disagrees with how the maids are being treated and decides to interview the maids in Jackson about their perspective on working for these white families. The daily lives of these maids as well as the Southern homemakers is explored. The result is a story which delves into the issues of overcoming racial barriers of an extremely racist part of the country during a very volatile time in the history of the United States.


There has been an outpouring of criticism over the book/movie since each of their releases. The reasons are numerous but the some of the most common criticisms have been that the story is racist because it depicts a white woman as the savior of sorts to black women. It has also been said in numerous commentaries that the story is not an accurate reflection of the racial horrors that were occurring in the deep South at that time. From some of the reviews that I have read, it would appear that there are some seriously angry people out there; angry that Kathryn Stockett had the nerve to write a book using dialect of just the black women and not also the southern drawl that we oftentimes hear from Southern white women. 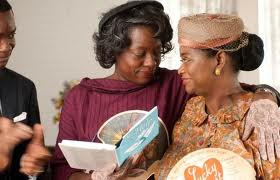 As a background, I am a white woman about the same age as Kathryn Stockett and unlike her, I did not grow up in the Deep South. I never had a maid, unless you want to count my mother. I grew up in a very white neighborhood for most of my childhood and in 1970's New England, the fact that I had a friend who happened to also be black, was highly unusual. It wasn't until I went to the University of Massachusetts that I truly understood the racial diversity that exists in this country. I mention all this because I think it makes a big difference in regards to my perspective on the effectiveness of the story.

That being said, here is my perspective on The Help. To begin with, the Help is a work of fiction. Yes, the author grew up in the Deep South, she is a writer, and she grew up with a black maid. I am sure that she drew from some of her childhood experiences when she was writing the book but it is not a memoir. Again, it is a work of fiction.
In regards to the dialect issues, the author is not Toni Morrison or Alice Walker and doesn't claim to be. But that does not mean that she does not have a right to write a book from the perspective of another race. I cannot sit here and say whether she did it well or not because it is not a dialect I am familiar with or educated about. I do feel that it would have been helpful to have had the dialect of the Southern homemakers dialect consistent with that part of the country. It would have added to the effectiveness of her character.

I do not believe that when Kathryn Stockett was writing this work of fiction, that she meant it to be a social commentary on the civil-rights era. I have to say, when I was reading the book and watching the movie, I was profoundly affected by the story. It opened by eyes even more to some of the atrocities that took place in our country's history. The history classes I had in high school and the sheltered world I lived in during 1970's New England time, did not paint a lot of images for me in regards to the civil-rights movement. Despite that the source is Hollywood, I think that this movie did that for me. Being more aware is never a bad thing...ever. 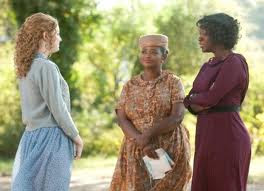 I don't necessarily see Skeeter as the savior as the black women as the critics have mentioned. Yes, she was the catalyst for the idea of the book but it was Abileen and Minny who were the heroes and saviors in this story. It was they who risked their jobs and their lives to stand up to oppression to tell their story. I find it insulting to their characters that anyone would say otherwise. In addition, one of the issues that I think the critics missed out on was that the heart of this story is the coming together of women from different races and very different backgrounds in an attempt to understand each other and to also make a difference in our world. The male characters were not in the forefront of the story. Skeeter did not run off with the love of her life to have a happy romantic ending. To me, this story is representative of what happens when women cross their social barriers and come together to implement change. Change that can open minds. Change that can alter history.
I am curious to hear what reader's reactions were to The Help, either the book or the movie. Please feel free to leave your comments below.