I have been reading a lot of posts of the Sjogren's Syndrome Foundation Facebook page lately about disability for this disorder. People seem to have a lot of questions and comments not only about the process itself of obtaining disability, but also about the journey which is at best, extremely stressful. Having gone through the arduous process myself, I thought it might be helpful to blog about my experience in the hope that someone may find the information useful or at the very least, know that they are not alone in their struggles and frustration with getting through this system. 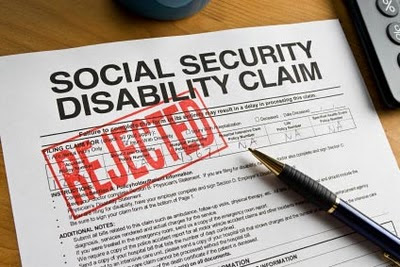 As time went on, it became apparent that I was not going to be able to return to the workplace anytime soon. My long term disability company (Aetna) required that I apply for Social Security Disability (SSDI). The way it was explained to me was that if I was approved for SSDI, Aetna would subtract the amount that SSDI paid me every month from the amount that Aetna paid me so that I would always be earning that sixty percent. I also would be eligible for Medicare if and when I was approved for SSDI.


I first applied for SSDI in October 2009. It required a lot of forms, phone calls, and patience. From what I have read and heard, most people are denied when they apply for SSDI the first time. This is why I was so shocked when in January 2010, I was approved for SSDI. However, the joke was on me. After being on SSDI for about six weeks, I was notified that I was actually DENIED and that my SSDI claim was accidentally approved. The amount of drama and stress this created in my life cannot really even be put into words. It affected my disability through Aetna and caused financial havoc for a year afterwards. I mention this because the only reason I got through it was due to meticulous record keeping on my part.

I appealed the first denial and was denied a second time. The reasons given had to do with the fact that the doctors reviewing my case through Social Security felt that despite my illness and limitations, I should be able to do some type of sedentary work on a full-time basis. I constantly had to justify my symptoms, my illness, and my limitations. A very demoralizing experience I can tell you.

My third appeal involved an administrative hearing with a judge. I was scared out of my mind. Mostly because I didn't think that I would be able to handle it if I was denied again. I was fortunate enough to have representation at the hearing by a company called Allsup. They are an organization which assists people in obtaining SSDI. I was even luckier because it was Aetna who provided the service free of charge. They had their own interests in mind by supplying this representation because if I received SSDI, that would be less that they had to pay me. However you have to take your help where you can get it and I knew it would benefit me in the long run.

I went to the administrative hearing and in May 2011, I was finally awarded SSDI. I think the best part for me was that I was just relieved to have the process over with. Despite the fact that both SSDI and Aetna review my case periodically and I still could have problems with either in the long run, at least this part of the process was over.

There are many things I learned along my journey of applying and receiving SSDI and they are as follows:


1. As mentioned earlier, keep meticulous records. To start with, get copies of all your medical records. As someone who saw twenty plus doctors, I realize what a task this can be but it pays to have them as a reference. Knowledge is power! Also make sure to document every single interaction you have with anyone related to your claim, especially the Social Security adjuster. Keep track of any monies that are given to you or taken from you. Trust me, mistakes can and will be made so impeccable documentation is a must! 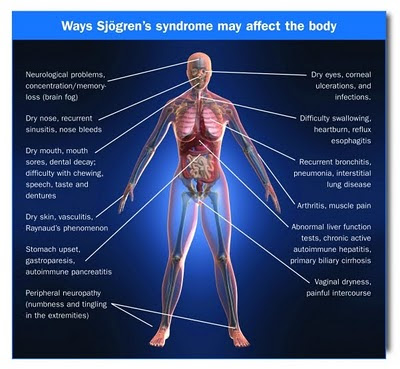 2. Get a doctor in your corner. This is especially important with autoimmune disorders as many times they are not accurately diagnosed and/or symptoms can vary so greatly. If you have a rheumatologist, they are your best bet as they are most familiar with Sjogren's Syndrome. Make it clear to them that you are applying for disability and that you would appreciate clear documentation in your record as to why you are disabled. When I was approved for SSDI, the judge sent me a very long and detailed letter about how he came to his decision. He said in the award letter that there were two compelling pieces of evidence in helping him make his decision and one of them was letter that my rheumatologist at the time had written about why he thought I was disabled.


3. Many people are under the misconception that SSDI is given out based solely on your diagnosis. I found as I went through the application process that this is not where their focus is. Honestly, I don't think they care if you have six months to live. What the folks at SSDI are concerned about is how you function on a day to day basis. Make sure to stress this when you are speaking with the folks at SSDI and on your assessment forms.

4. Know why you are disabled. This seems like common sense but you would be surprised. When I was preparing for my hearing, I spent a lot of time thinking about WHY I couldn't work and I discussed this with my doctor. I can have days and even weeks where even though I still have symptoms, I can get myself through a day and be productive.  However this is because I usually control my environment and all the factors that lead to a flare-up including climate, diet, schedule, and stress. This does not happen in the workplace. More importantly, I cannot reliably and consistently get myself to a job on a full-time basis due to flare ups of symptoms. There is no employer that I know of that would be OK with being out of work as frequently as I would be. Stress these facts during your hearing. It could make all the difference.


5. Be honest. This is critically important. When you are sitting at a hearing, any decent judge is going to be able to tell if you are exaggerating your symptoms/situation. If you are truly unable to work, tell the judge why. Make sure to not leave out any details. Everything counts. When I received my award letter from the judge and he mentioned those two compelling pieces of evidence that helped him make a decision in my favor, the second piece of evidence was my testimony at the hearing. He said that he found me to be forthright and honest about my situation. 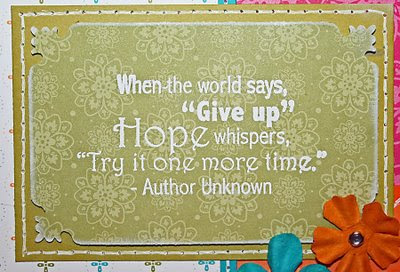 The SSDI process is not easy. It takes time, patience, and diligence. Not everyone who needs disability is granted it and there are people receiving benefits who don't need it (this is not a judgment, but a fact from my conversations with said people). However like everything else we encounter when faced with such a complicated disease like Sjogren's, we must fight for what we need in order to survive and yes, even thrive.

You can do it.