From Abuse to the Promised Land

October 06, 2011
The first step towards getting somewhere is to decide that you are not going to stay where you are. ~ Unknown

Promised Land:  any longed-for place where one expects to find greater happiness or fulfilment.
~ The Free Dictionary 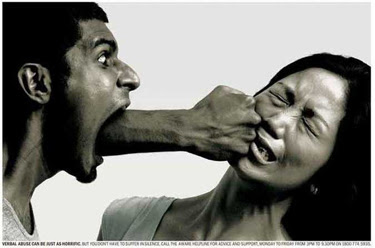 Did you ever work through some issue in your life and think that it was completely behind you until one day, it hits you in the face like a ton of bricks? That happened to me last weekend during my pastor's sermon at church. I wasn't expecting it. I was even the scripture reader for that day and it never dawned on me that his sermon based on that day's scripture would bring me back in time; to a place that used to haunt me. A time that I have never written about privately, never mind publically. However in considering writing about this topic and posting it on the web, some glaring facts have became apparent to me.

It could help someone.
Make them feel less alone.
Give them hope.
And so here we are.

My pastor's sermon this past Sunday was based on scripture from Exodus 14:10-14. In the sermon he discussed the relationship between Pharaoh and the people of Israel. These Jews, who were living in Egypt at the time, were being terrorized by Pharaoh who was the person ruling the land at the time. Not because they did anything wrong but because Pharaoh did not like working around Jewish holidays and practices. Pharaoh also heard a rumor about a new king being born to the Jews. And so began Pharaoh's reign of terror. He controlled the Jews. He manipulated them. Moses intervenes and although things get worse initially, Moses finally tells the abused people of Israel:

Then my pastor gets to the message of the sermon about people in violent and abusive relationships. He points out the similarities of Pharoah and the Jews to people in abusive relationships in the present day. About how the best approach to the "Pharaohs" in our lives is to be still, be at peace. It doesn't mean to give in but to follow God's lead in order to make it to the Promised Land. Why? Because as my pastor explained, it breaks the cycle of violence by not engaging our Pharaoh. He has no one left to control.

I was sitting in my seat with the choir and all I wanted to do was run out of the church because I knew the sermon would make me cry and I didn't want others to see that. I would cry with sadness and remembrance because I knew what it was like to have a Pharaoh. Cry with happiness because I knew I had finally made it to the Promised Land. 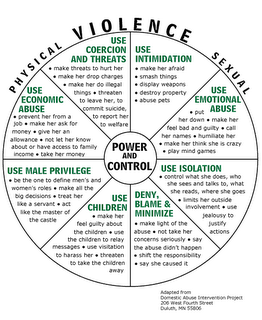 My Pharaoh was my ex-husband. I know that for certain now even though I didn't always acknowledge it. Even when I did acknowledge this fact after I left him, there was still this small part of me that rationalized that I wasn't in an abusive relationship. I couldn't have been because I did my fair share of arguing and name calling when I was provoked by him. I was the one who was considered to be the control freak. As someone who feels strongly about taking responsibility for one's own actions, I felt that even though my ex was usually the instigator, my own behavior was not always a model example, therefore he was not REALLY abusive. We just couldn't get along.

Something to be said for denial.

Emotional and mental abusive is often so insidious that it can be difficult to recognize and accept that you are in an abusive relationship. It can also be hard to one day wake up and realize that you let yourself become a victim. Not an easy thing when you thought all along you were the one in control. This type of abuse can take on so many forms that it can be almost impossible to recognize. When I looked back on my marriage, these are the incidents that made me realize that indeed there was abuse in my relationship. They are not an attempt to elicit sympathy but rather a means of showing how obscure abuse can sometimes be.

* Name calling towards me was a frequent occurrence.

* He was frequently badmouthing my family and friends. Every negative comment was an attempt to put more distance between me and them. He made it difficult for me to have people to our home.

* He often criticized my decisions no matter how small.

* He lied on a regular basis.

* He was a "gas lighter". Gas lighting is a form of psychological abuse in which false information is presented to the victim with the intent of making them doubt their own memory and perception. Because I was starting to have some difficulties with my memory due to an autoimmune disease, it wasn't too difficult to do. He would say we had conversations that I was sure we didn't have.

* He did everything he could to bring down my self-esteem. When I went out of work on a medical disability, he told me I was lazy and that there was nothing wrong with me. He used comments to hurt me.

* He withheld affection from me.

* He did not support me. This may seem benign but men who yell at their sick wives and threaten to leave them alone in an emergency room because they don't want to sit and wait for the doctor any longer would qualify as abuse to me. 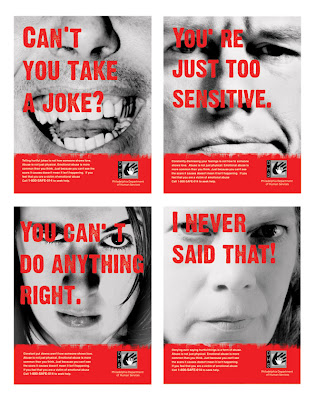 I never saw the signs of my ex-husband potentially becoming an abusive partner. I wish I could sit here and tell you that when I looked back, I noticed this, this, and that. But I did not. I am sure there were signs, but I obviously missed them. I also cannot sit here and say there were not good times because there were. He presented his best side to me in the beginning of our relationship. I think he wanted to be the person that his best side showed. However he was plagued by a childhood that haunted him (maybe that was a potential red flag?) and his subsequent alcoholism that cropped up the year after we married consumed him.


So how did I save myself? After years of contemplating leaving, I got out. One night after a daylong drinking binge, two events occurred. The first was that I knew without a doubt that if I didn't leave our house that night, he would hit me. I was keeping my distance from him and not engaging with him but he was relentless. It had never happened before but I knew this night was going to be different. I wasn't going to give him that chance and I was no longer going to be a victim. We all have our breaking point and that was mine.

Apparently it was his too because after I left the house that evening, in an effort to manipulate the situation and get sympathy from my parents, he called my family and spoke with my mother. He told her that I had gone off the deep end and was threatening to kill myself. All completely untrue. Imagine having someone call you and tell you that your child is suicidal. Imagine the fear. I was never going to let him terrorize my family like that again. Ever. 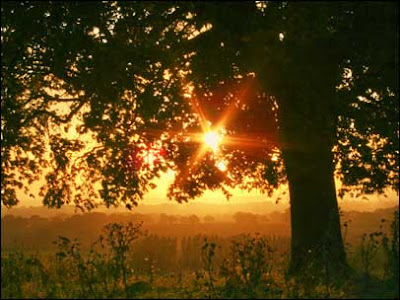