As the past few years have been such a significant period of personal growth and transition for me, I have used that period of time to work on figuring out how to be wiser in choosing the kind of people I want surrounding me. I have made some very good decisions in my adult life in terms of friendships and romantic relationships, but I have also made some poor decisions as well. Due to a variety of reasons, I have previously aligned myself with some people whom one might consider toxic. I have blogged about it in the past which if you are so inclined, you can read "Warning-Toxic!" here:

But here's the thing. I am not always so well prepared when it comes to dealing with hurt that has been inflicted on me by people who I don't expect it to come from or in places that I thought were safe havens for me. Or from those people who I love and know love me.  I do want to note that I am not talking about being hurt by those mean spirited and abusive people that live in this world; I think there are some differences with those situations that warrant a different discussion.

In general, I try to go with the flow, accept that we all do stupid things sometimes (myself included!) and move on. This past week though saw a few things happen in my life that have left me feeling wounded and well, hurt. More than just your run of the mill insensitive remark type of thing. The type of hurt that leaves a mark on your soul, maybe a small one or  maybe large one, but one that nevertheless will take some time to heal.

As with a lot of other instances in life, there is always an opportunity to grow when you feel wounded, whether it be by someone you love or a new acquaintance. There are also lessons to learn when we find out that we have hurt someone else, but that is a story for another time.  The biggest opportunity for me to grow this past week was evidenced in how I chose to deal with the hurt. My instinct in the past has been to lash out back at the person or to use a defense mechanism such as sarcasm or absolute silence; anything that I thought would help me feel less vulnerable. When another person hurts us, that is what happens; we have exposed our vulnerability and someone has found that vulnerable spot.


This week I found the ability to deal with some of the hurt in a way that I felt was true to the kind of person I am and the kind of person I keep striving to be. That is a person who comes from a place of love and not bitterness or resentment. A person who is stronger than all the negative feelings that have resulted from someone else's thoughtless behavior. Because when it comes down to it, when we feel wounded by someone, two characteristics apply to the event. As the person who feels hurt, it is our perception of the event that dictates the severity of the injury so to speak or even whether is qualifies as an injury at all. An example of this is one of the events that happened to me this past week. If it had  happened to someone else (let's call him Jack) instead of me, Jack may have felt just a little annoyed or maybe even angry, rather than hurt like I did. Jack may not even have thought much about it at all. However because of other factors and background information that the offender most likely knew nothing about, the event was much more significant for me. It doesn't make what they did right, but it does change the dynamic of the situation. 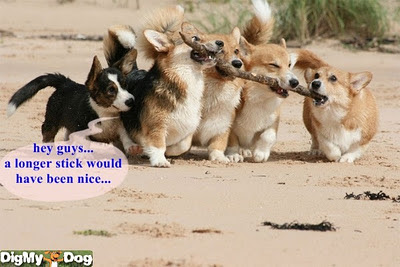 The second and more important thing that happens comes from the person inflicting the pain. I have come to understand recently that most times when a person offends or hurts us; it really has nothing to do with us. It is about them. As human beings, we like to think that every action that affects us in this world is about us personally, but typically that is not the case. When another person does something without thinking about the consequences of their actions, it is not about OUR worth. Rather it is most likely about a variety of factors that the person affected has no control over. It may be because the person we feel has hurt us just doesn't have the skills necessary to step outside of themselves. Maybe it is because they have always done things a certain way and don't know any differently. Or maybe whatever else is going on in their lives has consumed them to the point where they are just trying to get through the day. These are not excuses, but they are valid examples to point out that when someone hurts us, it's not usually about you or me. It's about them.


Although I have found my own ways to deal with the hurt I have experienced over this past week, I still struggle with how to move on. It's not because I can't forgive but rather because I can't forget and let it all go. Little bit of a character flaw maybe on my part. Despite surrounding myself with people who at their core are "good" people, the reality is that despite our best intentions, we will hurt each other from time to time. I guess I just have to try and trust in the process of moving past the hurts and remember that at the end of the day, we are all mere human beings and completely imperfect. 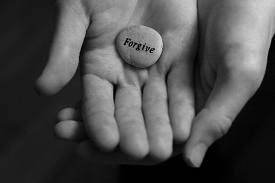