"The unexamined life is not worth living." ~ Socrates 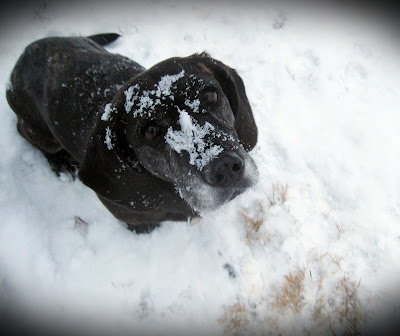 As we all sit in the midst of the holiday season and the end of the year descends upon us, I like to sit back and think about what this year has brought for me both in regards to my blog and for me personally.


This time last year was dramatic and stressful for a variety of reasons. Two days before Christmas, one of my friends was laid to rest. Upon returning home from her funeral, I found my beloved dog suddenly having difficulty walking and crying out in pain every time she moved. This led to an urgent visit to my vet that afternoon and a subsequent visit to the veterinary emergency room the next day, which happened to be Christmas Eve day. Due to the horrendous incompetence of my dog’s medical providers, she ended up being paralyzed by the day after Christmas. This resulted in an emergency trip to MSPCA Angell in downtown Boston, during a blizzard, for an emergency evaluation and surgery.


I think back to that time and to be honest, the Christmas part is a blur to me. I was averaging about two hours of sleep a night that weekend and all I remember is bits and pieces of happiness dispersed amongst all my anxiety and worry. I remember singing at Christmas Eve service, opening presents with my boyfriend at my apartment Christmas night, and being on the phone with the veterinary emergency room, yet again, at 1am on Christmas morning. I remember my dog suffering in pain. I remember wanting more than anything in the world to make her comfortable.

My dog, Molly, survived the surgery for a ruptured herniated disk. I survived making the decision to not put my ten year old dog to sleep by instead electing to go ahead with the surgery; despite the fact that I was told she would probably never regain use of her bowel and bladder again. My beloved boyfriend, Chuck, survived us both. Molly went through about eight weeks of recovery during one on the worst winters I have ever lived through. Sometimes the biggest challenge of my day was getting a path shoveled down the handicap ramp Chuck built her to a bathroom area in my backyard. Her recovery was truly a labor of love. A labor of love that has now resulted in a fully functional, continent, healthy, and very happy dog.


Chuck and I had made a decision, prior to Molly getting sick, for me to move into his home last January and despite all the other drama; we proceeded with our plans for the move. Thanks to some wonderful friends, we were able to get Molly and I into our new home, despite the two plus feet of snow that had already landed on the ground last winter.


We settled into our new lives. We worked out how I was going to be less compulsive about neatness and how he was going to make an effort to be neater. We figured out how to use each of our strengths to create a harmonious existence. You would think that after him living without an adult female partner in the home for thirteen plus years and me, until I met him, enjoying living alone, that we would be a recipe for disaster. But like everything else we have worked on so hard as partners, it all came together. Sometimes in the end, love does prevail.


As 2010 marched on, many events took place; our first vacation together, deep conversations about the future, my fortieth birthday, home improvement projects, and hosting our first gatherings as a couple in our newly reconfigured sanctuary. The year also was a big step in my journey battling what at that point was an unknown and undiagnosed autoimmune disorder. In August, I was finally officially diagnosed with Sjogren’s Syndrome. So many unknown questions now had answers.


This past year has also been the year that I have truly become a writer. In early spring, I began to work on further developing this blog. I had previously been intimidated by the challenge of using the blog template and really didn’t know what I was doing in regards to using the different functions of the blog. I researched and I learned. I bought the rights to my blog’s domain and made it into my own. Something that I could be proud of.


In addition to the working on the blog, I began to write feverishly. Barriers to my writing such as the fear of not being good enough or talented enough were slowly broken down. I began to read writing magazines, attend conferences, and network with other writers and authors. I queried magazines and other literary sources with my work. I had the wonderful opportunity to be a guest blogger for several websites. I truly began to further develop my craft.


Throughout my writing journey with my blog over this past year, a very remarkable event took place.

Back in March, there were about nine people following my blog, which had been in existence for almost a year at that point. Today there are ninety-eight.

Ninety-eight people who have taken the time to read what I have written. Some have read my words just once or twice. Most others have found their way here either periodically or regularly.

As a writer, I enjoy receiving my reader’s comments in response to whatever I may have written about. I have had the opportunity to meet people from all over the country and even the world because of this blog. People who under any other circumstance, I may not have ever met or interacted with. People with similar struggles and triumphs; with different ones as well. All still people nonetheless. Readers have been forthright with me via their comments or by e-mail and Facebook about how my writing has affected them in some way and for that, I would like to thank you. You have no idea how much it means to me to know that my words have made you laugh or cry; think or learn. That I have made a difference in this world.


I wish all of you a most wonderful holiday this year filled with an overflowing abundance of happiness, love, and of course, good health. May you be able to embrace the joy of the season and I hope to continue to be present with you all in 2012 through my words and thoughts.