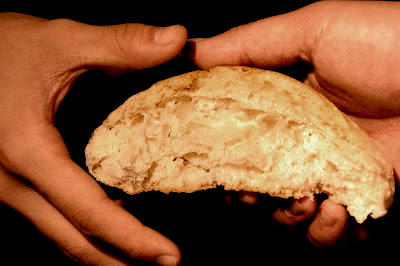 The Loaves and Fishes community kitchen, headed by the Open Pantry Community Services in Springfield Massachusetts, is a program that provides meals to people who are poor or homeless in the Greater Springfield area. It serves lunch and dinner 365 days a year to whomever walks through their doors. No questions asked.  Many people who seek out a meal there are homeless or very close to becoming homeless. They are children, adults, and elderly. They are people who may be disabled, mentally ill or struggle with an addiction. They are human beings.

Every few months I go to the Loaves and Fishes community kitchen with members of my church to serve a meal that is prepared beforehand by members of the church, Belchertown United Church of Christ. Members sign up to prepare salad, brownies, and large trays of shepherd pie. Then a group of seven or eight volunteers brings the food to Springfield, warms and prepares the meal and then serves it. 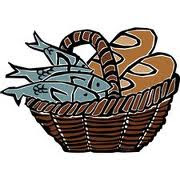 It is quite an organized operation at Loaves and Fishes. It has to be. They serve approximately two hundred meals a day between lunch and dinner. This past month when we went, we began serving dinner promptly at 5pm and by 5:30pm, over 150 people had been fed and the large room had been cleaned up. The process is fast, efficient, and effective. A true testimony to the power of teamwork.

The Loaves and Fishes community kitchen is not what many would consider a pretty place. This is not a judgment, just a fact. It is located in the basement of a church in downtown Springfield, in a neighborhood while although not Springfield's worse neighborhood, definitely one that gives you pause when you go there. You take safety measures that you would not take if you were working in one of the surrounding suburbs. Crime rates are higher in this neighborhood and because of that, you don't bring your pocketbook in with you. Because there is a high rate of patrons who are drug users or have a mental illness, there is a sense of unpredictability surrounding the large church. A sense of quiet desperation.

So why do I go? Because once I walk through the side doors of that church and into the basement carrying one of those heavy trays of shepherd's pie, I know that I have brought a little piece of hope with me. That tray of shepherd's pie that I slide into the industrial size oven, which was made by someone in my church family, symbolizes the good that still exists in this world. For that hour and a half it takes us to prep, serve, and clean up the dinner, it is not about my own medical, personal or financial worries.


It is about giving. Actively giving.

Every time I go to Loaves and Fishes, there is usually a person or group of people who catches my eye. A person or group of people that makes me wonder about how they got to this place in their lives. Oftentimes I wonder about what makes them different from me and how it is that they ended up there and I did not. This past time, it was a family of four that included a mom, dad and two children who appeared to be under the age of five. They spoke to each other affectionately; you could feel the love and nurturing that existed between the parents and the two small children. But that was accompanied by the look of despair and anxiety etched into their faces.

It is a very powerful experience to feed people who are hungry and for whatever reasons, cannot provide themselves or their families with a hot meal. The emotions we witness from those whom we serve dinner to can be overwhelming. The child's eyes that light up when they see that you are handing them a brownie for dessert. The look of delight on a man's face when he realizes and acknowledges that he is having shepherd's pie for dinner. The excitement on a woman's face when she hears that there are leftovers and therefore second helpings.


And there is gratitude...

"What a wonderful meal."

"God Bless you all."

I have described my experiences at Loaves and Fishes to several different people over the past few years. Oftentimes it sparks a political conversation about hunger in America and how we, as a country, should address that issue. Why does such a wealthy country, who gives so much financially to other countries, have adults and children going hungry day after day? Where are our priorities? During one particular conversation, I was told that my desire to feed the hungry at organizations like Loaves and Fishes makes me a "bleeding-heart liberal".