Are You There God? It's Me, Christine 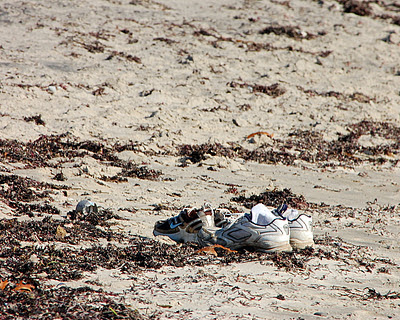 Remember that book? Are You There God? It's Me Margaret by Judy Blume was a pop culture sensation written in the 1970's. As a child of the seventies and eighties, it was a must have for any teenager's bookshelf. It is the story of a young girl's quest for a single religion during a time in her life where she is confronting so many coming of age issues. At one point during the book, Margaret becomes angry at God and stops talking to him after she is in the middle of a confrontation between her parents and her grandparents. However by the end of the story, we hear Margaret praying to God again as she thanks him for being there for her.

When I woke up this morning my first immediate thought was to wonder if God was there with me. I have to admit, it is not the first thought I usually have in the morning but it was powerful enough to send me to my laptop at seven in the morning so here I am; writing a blog entry that it not intended to answer a question or a dilemma. One that does not describe some great lesson that I have learned. But rather an entry that just asks and explores difficult questions.


I tend to shy away from a lot of religious or spiritual topics and writings on my blog or anywhere else, mostly because  my spirituality is such a personal topic for me. Over the years my faith has become stronger than it ever has; adversity tends to do that to a person. But I have come to realize recently that I am at a critical point in my faith journey. This became strikingly apparent to me during a conversation with my minister the other day. I explained to him that I am just ticked off at God lately. Well, I may have used other words at the time but I will try to be a little more mature when describing it here. I further went on to explain that I feel abandoned by God lately. When I go to church, I feel lifted up and supported by him (my minister) and the fellow members of my congregation, but I am having a really hard time locating God.

This realization on my part startled me for several reasons. First, the events going on in my life right now health wise are truly not the most difficult times I have experienced in recent years. They may be scary and frustrating but I have been through much worse at times; times where I was not surrounded by nearly the amount of love and support I have now. Second, during those times, I have never asked "why me?" or have thought that God has not been as close by as I would have liked. So it confuses me as to why I feel so inclined to question my faith at this point. Maybe it is as simple as I am just worn down. Maybe I am feeling sorry for myself. Or maybe it is because that during this particular time of struggle is when I have to search for my faith and my connection with God using a little more effort.


One of the things that I really like about my minister is his ability to handle situations like this without judgment or condemnation and once again, he rose to the occasion. He listened and then he asked me if I had told God this; about being ticked off at him. Um, no. Who does that? But as we continued to talk, I realized well, why not? I pray, which is essentially talking to God. Prayer does not need to always be about thanking God or asking him to help someone else. Sometimes it can just be a conversation. If I was ticked off at someone else in my life whom I have a meaningful relationship with, I would tell them how upset I was with them. And God and I, well, we have a relationship. Maybe prayer does not need to be all that complicated.

Maybe it is as easy as asking "Are You There God? It's Me Christine."