"Movement is a medicine for creating change in a person's physical, emotional, and mental states". ~ Carol Welch 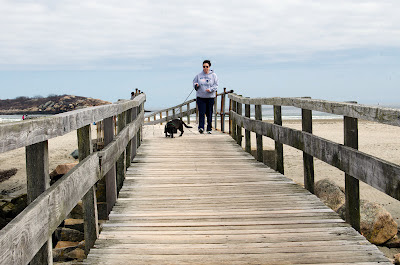 I've been doing a lot of thinking about exercise lately. And about having an autoimmune illness. No surprise considering I have been back in the gym for about two weeks now. I cannot lie; it has been difficult at times. Before the whole Guillain-Barre incident this past January, I was, in between Sjogren's flare ups, getting some exercise by walking my dog. I was also doing some strength training for a few months. However things are different now. Since I lost so much of my abilities to function with the Guillain-Barre incident, being able to move, walk, and just get out of bed has taken on a whole new meaning. I have definitely had to work harder at exercising in order to regain my strength, balance, and functioning.

With the help of a staff person at my gym and more importantly, with the help of my physical therapist, we have come up with a routine combining resistance work, weight lifting, and cardiovascular work in an effort to continue building up my strength, stamina, and to help accomplish my weight loss goals. The reason why I say it has been difficult is because I have so many factors working against me in my endeavor to get healthier and stronger. I am not exactly what you would call an athlete and never have been. I have the Sjogren's syndrome symptoms to deal with as well as issues with the nerves and muscles in my head and neck. And let us not forget that I am weaning down on my prednisone which tends to aggravate my joint pain, stiffness, and a host of other issues.


But I do it anyways.


I have found that all of those above reasons I listed for not wanting to exercise are one thing: excuses.

I will be the first to admit that I have had to work much harder than I would have liked to work this time around in order to pace myself through the week so that I can get some type of exercise on an almost daily basis. Sometimes it has meant giving up something social I really wanted to do that day or not having my home as clean as I would like it. It has been a matter of prioritizing. I do this prioritizing because I strongly feel that exercise is going to be one of the key factors in helping me get well or at the very least, hopefully help decrease the incidence of further Sjogren's complications.

The results I have seen, first in the seven weeks of physical therapy I have had and more recently in the gym, have shown me how essential getting exercise is in the management of my autoimmune illness. Yes, I have been dealing with a lot of muscle soreness from using muscles that I didn't know I had. And I am absolutely useless after about 4pm as I am so exhausted from the exercise that I can barely function. But guess what? When my Sjogren's is in full gear, I am pretty much useless after 12 or 1pm anyways. Far as I see it, I am ahead of the game right now.

So the benefits I have seen so far is the quick recovery I have made from the Guillain-Barre. Until that 4pm time, my energy level has increased dramatically during the day which overall, has improved my quality of life. The withdrawal symptoms from the prednisone have been much better than usual although admittedly, I am not sure if this is due just to the exercise or to my dietary changes as well. The biggest change however has probably been in my stress level and overall well being. I try to do my work outs in the morning when I tend to have the most energy. I swear that I am getting high on the endorphins.

I think that oftentimes those of use who have an autoimmune illness or any other chronic condition feel that we cannot exercise as it will make us worse. Or that we are too sick to do something. And there are those rare people, such as quadriplegics, who truly cannot do any exercise on their own. However that is not the case for most of us.


It doesn't have to be all or nothing and there have been many studies proving the benefit of exercise on pain and fatigue; as well as the depression and anxiety that often accompany various chronic illnesses. There are so many different ways to exercise that do not have impact on our joints such as swimming or resistance exercises. You would not even believe the bicep muscles I have developed just from doing some simple exercises at home using an exercise ball and a resistance band. I guess the point is to just do something. Anything. Whatever you are capable of doing is better than nothing at all. And who knows, you may even surprise yourself.