Sometimes All You Need Is A Cheerleader 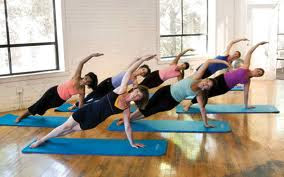 A few months ago, as I was recovering from a head on collision with an illness called Guillain-Barre as well as two blood clots in my lungs, I made the decision to take my physical well being much more seriously in terms of exercise. Prior to this, my exercise regime consisted of walking and occasionally doing some light weight lifting whenever I wasn't in the throes of a flare up of my autoimmune illness; which is called Sjogren's syndrome.


The problem with that though was that I was frequently in the throes of some issue related to the Sjogren's syndrome. However after doing a course of physical therapy that did wonders for me, I joined a new gym that has a pool as well as a variety of exercise classes. I was on high doses of steroids at the time I joined this gym and was experiencing no joint pain so I was able to push myself pretty hard. I summoned up the courage to attend a water aerobics class and fell in love with the pool for the first time in my life.


Since being off the steroids, I have begun to battle the joint pain once again and it has been difficult for me in terms of my exercise regime. I still plug away at it as much as I can and have found that lately on most days, the pool has been my refuge.


I have discussed in prior blog entries the importance of exercise on my mental well being as well as my physical well being. I have had a lot of support from loved ones, especially my fiance, in continuing to exercise despite the increased limitations I have had in recent weeks. Today though, I had an experience that helped me to realize how critical it is for me to have support at the gym as well as at home.


I attended a water aerobics class today which is the only water class at this gym that I had not previously attended. Probably because instead of the class being called water aerobics, it was called Power Pool. I think I had been avoiding the class because  I knew that the majority of it took place in the shallow end. I am not afraid of working hard but I was a little concerned about the effects this class in the shallow end might have on my already painful joints.


The instructor for the class was one I had never met. For those of you who have followed by blog, you know that I am a bit picky about my instructors because I feel that they should be motivating as well as good role models for the people that they are teaching. I did write about this in my blog entry The Weighty Issue of Fitness Instructors. So I was happy to see that this instructor was very fit. Actually, she was ripped. I think that she maybe had like 2% body fat or something. OK, maybe that is an exaggeration but you get my point. In addition to all of that, she made the class fun and when you are out of breath, sweating and just want to jump out of the pool and into the hot tub, humor is important!


The class went very well despite the fact that I was pouring sweat while being waist deep in somewhat cool water! What I liked about this class was that not only was it a good workout but since I was new to this class, this instructor made a point of introducing herself to me and also made sure during the entire hour that I knew what was going on. She became my cheerleader and really encouraged me along as the minutes went by. This was a much tougher water workout than I am used to but I did make it to the end, in part because of her desire to see me make it to the end of the class.


The instructor (Deb) wanted to talk to me after the class to make sure I didn't have any questions or concerns. As we were talking, she mentioned that she taught a Pilates class. I have ALWAYS wanted to try a Pilates class and I mentioned this to her. She told me that it is tomorrow at noon. Having never taken Pilates before, I asked her if it would be tough for my joints. That is when she pulled back the bottom of her bathing suit and showed me her scar from a hip surgery. She had needed the hip surgery because she has arthritis.


Now I don't know exactly what her diagnosis is. Maybe she has rheumatoid arthritis or another autoimmune disease. Maybe she has osteoarthritis. It didn't really matter. What did matter is that this incredibly fit and athletic woman battles a physical problem that has not stopped her from being fit. She was the right role model for me.


I was also very nervous about going to a fitness class that is not a water aerobics one because I am so much more overweight than many of these people who go to these classes. Yes I know, it makes me sound insecure and I shouldn't care what people think but it is hard to be the heaviest person in a room full of size 10's and even harder when you don't know what you are doing. I kept telling myself that maybe when I was fifteen or twenty more pounds lighter, I would be brave enough to walk into the fitness studio. 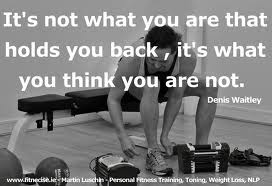 Of course I blurted this out to Deb which for the life of me I don't know why I did. But I am glad I did. Because she responded in a positive and supportive way. She promised me that I would not make a fool of myself and that there were many people in the class who were new to Pilates. She told me that there were some modifications I could make on certain moves to deal with the increased pain in my hand and shoulder joints. But most importantly, she said she would make sure I was alright.


Isn't that what we all need sometimes?


Someone to make sure that we are alright.
Someone that wants to help us succeed.
Someone who inspires us to be better than we are.


So I won't be around tomorrow at noon.
I will be at Pilates class.
Fear, excitement, and all.