Where Is God In All Of This? 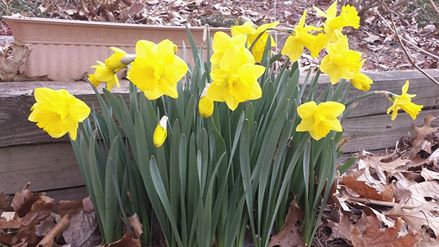 It's the end of March and here in New England, the temperature is supposed to be in the 60's. The sun is already shining brightly and I can feel the gentle breeze coming through my already opened windows.

I woke up sick for my second straight day with a cold; definitely not the worst I have ever had, but the exhaustion is unbelievable. I'm not even sure if the exhaustion is from the cold, the Sjögren's, or both. I just know that between this cold, an exacerbation in my autoimmune symptoms, and a stomach virus a few weeks ago, I am done.

I've had a lot going on in regards to my health lately, specifically more joint/muscle pain, terrible pain (?nerve related) and itching in my feet and legs at night, dizziness when I stand too long or change positions, nausea, chills, you name it. I could go on and on because honestly, there's not too much NOT acting up in my body right now, but that gets old after a while.  It feels like my entire body is pissed off and launching its own rebellion.

Partly because of all this, I have been doing a lot of thinking about God lately. And church. And faith. I will be honest, I'm kind of ticked off at God lately. And curious. Curious about the eternal question: why bad things happen to good people. More specifically, why these terrible illnesses happen to the best people.

If I sit back and think of all the people I know with autoimmune illnesses, cancer, and other life altering diseases, I would say that 95% of them are the most kind hearted, giving people you will ever meet in your life. These are the people who do volunteer work and constantly want to give of themselves to others. But here is the problem: these people, including myself, cannot do all the good they want to do in this world because they have had so many of their physical abilities taken away. As of late, my volunteer work has come to a halt and I have had to refuse just as many shifts at work as I've accepted; a job which calls me to be of service to others.

So what does God have to do with this?

I was told recently, and it certainly wasn't the first time, that I just need to have more faith. God has a purpose for my pain and suffering. God will heal me. Have more faith. Pray more. Do more for others. God will answer your prayers.

I know all the devout Christians in the room are probably freaking out right now reading this. And, I do consider myself a Christian, and a pretty strong one at that. But, I no longer believe that God is making me suffer in order to make me into a better person. I'm not even sure God is really responsible for my pain and suffering. Because surely if he was, he would have brought some healing my way by now, no? The response I have gotten to that statement in the past is that everything is on God's time, not mine. I get that. I am not in control and honestly, that's quite a relief. But that doesn't answer the question of: where is God in all of this?

So then I ask God, when is enough, enough? I spent the first six or seven years of my illness thinking that God was using my illness to help others and to make me a better, stronger person. Have those things happened? Definitely. Would they have happened if I didn't struggle so much with my health?

Maybe I just needed to tell myself that in order to keep pressing forward; in order to not just totally give up on this life of mine that for twenty years, has been riddled with so much sickness, pain, and struggle. I have a lot of respect for those Christians who have complete and total blind faith in God and in what his purpose is for each of us. I think I may even envy those people at times. They are able to not question God or his motives. They completely trust in him to take care of them, no matter what. I have had periods of time like that, but more often than not lately, I doubt all of it.

And you know what? I think that is OK. For me, a faith based on doubt, as well as belief, is a faith of my true self. The questions I ask and the doubts that I have are because I seek answers, rather than blindly ascribing to beliefs that others want me to believe. Because at the end of the day, it's not between me and other people. It's not between me and my church. It's between me and God. For me, sometimes it just comes down to the basics...


What I also do know is that I have more questions than answers right now and the heaviness of all that this morning was tremendous. And I was upset. So I decided to go beauty hunting, a concept that was introduced to me by Jennifer Pastiloff, an amazing yoga teacher, writer, and human being. To me, beauty hunting is the same as looking for God because in essence, God is the creator of, and is a part of, all that is beautiful in this world.

I thought that beauty hunting would be a challenge since getting out of bed is a challenge in itself this week. But once I opened my mind up to the process, it just sort of happened. I started by going to the fish tank because my husband told me, when he left for work this morning, that our new starfish was making an appearance in the front of the tank. This is a BIG deal because first off, I am obsessed with starfish and secondly, we just got him. He spends a lot of time hiding in the back of the tank or in between all the rocks. But today, he was out and about for me to enjoy.

While I was at the tank, our little clown fish, Nemo, also came to the glass to look at me. The bonus though was that our Watchman Goby fish came out of HIS hiding spot, which is not only a rare occurrence, but it was the longest I've seen him out and about since we got him a few weeks ago.

Part of the reason I woke up so annoyed was because it is so beautiful out today and I am stuck at home. So, I took my 14 1/2 year old dog, Molly, out in the backyard so she could get some fresh air. Apparently, I needed the fresh air just as much. We found that my second favorite flower, our daffodils, were fully in bloom and looking beautiful and so I decided to sit on the deck with Molly for a bit.

There is something magical about our back yard. Despite the work it needs and the fact that we have college student renters for neighbors all around us, it is so peaceful. There are birds abound and rustling trees that instantly relax you. We recently had a new deck installed and it is just glorious for sitting outside and appreciating nature.

After a few minutes, I heard our resident woodpecker go into action on a tree. I think they are the coolest. Next thing I know, I decided to lie down on the new deck, in my pajamas, with Molly sitting beside me. We were looking at the perfectly blue sky and all of a sudden it hit me: God was there. All of those things I noticed beauty in this morning? That was him, his creations.

It was almost as if he was telling me ""I'm here. Don't give up. Here is the beauty in this day for you."

And just for today, that was enough.