January 16, 2012
"It is during those quiet hours of desperation that truth and enlightenment are revealed to us." ~ Me 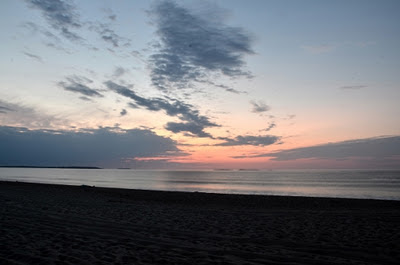 The past five days or so have been some of the longest I have physically struggled through in quite a while. You know that saying "It can't get worse?" Well, it can get worse so you may want to think twice before uttering that well-meaning phrase. When I thought that the Sjogren's joint pain I experienced back in 2008, before I was treated with any type of medication, was as bad as it could get, I didn't realize that it could be outdone by the stabbing, burning, and agonizing feeling of nerve pain. Well at least that is what it seems to be according to my primary care's physician assistant. I'll get back to you all on that when I can finally get in to see my rheumatologist this week.

So the hours of the holiday weekend ticked on. I tried not to panic when I struggled with my coordination and balance as I tried to get some errands done with Chuck. I prayed for relief and did everything within my resources to deal with it. My mental arsenal was (is) low because the medical plan has been to treat this issue at home over the weekend, until I can see my rheumatologist, with a high dose of steroids; a dose that I have only taken once or twice without being hospitalized. To be honest, I prefer to be at home, despite my anxiety over my stumbling into a wall here and there. The problem though is that as I have previously blogged about, the steroids wreak havoc on me. Especially when first starting the drug and especially at larger doses, unprovoked crying jags are frequent, I start to feel a little out of control, and sleep is nothing but a distant memory.


As I wrote about in my previous blog entry Giving Up and Finding Peace, recent health events have found me on a path of wanting to give up fighting and struggling with Sjogren's all the time so that instead I can work towards accepting where I am in my journey with this illness and become more effective in my coping and my ability to live a more peaceful existence.


While I was trying to cope hour after hour over the past few days, I used a variety of things to distract myself from focusing on the pain and side effects of the prednisone. One of those distracting techniques was spending time surfing the net, especially when television was lousy at three am. I did a lot of surfing about diet and nutrition these past few days.


Even before these past few difficult days, I have been spending time talking to other Sjogren's patients and doing research about the role of nutrition and diet in autoimmune disorders. As many of my readers know, I started making more of a conscious effort last spring to eat healthier and exercise when I was able to. It was about getting healthier and I thought that losing weight would accomplish that. I did lose some more weight in addition to what I had lost over the past two years but then as I got a little lazy and took more steroids, I gained a little back. What was important though was that I learned a lot about nutrition along the way and improved my cholesterol scores dramatically.


So during those wee hours of the morning, while surfing the internet and reading articles and patient stories, I had my moment of truth.

I realized that I have truly never accepted the notion of treating my illness with nutrition.

Because I didn't think that I could do it and I didn't want to let go of the multiple dependencies I think I probably have on certain types of foods like sugar, additives, dairy, and processed foods. I wasn't fully taking responsibility for my health. I was complaining on a regular basis about the failure of the medical system; a system that was not helping me get better. But yet, what about my responsibility as the caretaker of my body? 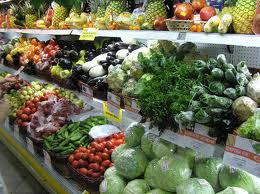 After all the reading I have done over the past week, it is absolutely ridiculous of me to not pursue drastically changing my diet in an attempt to improve my health. Yes, there are not tons and tons of factual scientific studies saying that eating a more plant based diet and eliminating gluten, dairy, additives, and processed foods will cure your autoimmune disorder, but the stories are there. People like me who feel better, have fewer flare-ups, and more energy eating in a more healthful way.


After all the new and recurrent Sjogren's health issues I have dealt with over the past six months, how can I NOT give this kind of eating a real chance? The challenge of eliminating gluten and most processed foods in addition to the dairy, soda, and high sugar foods I have already eliminated overwhelms me. I mean really, what is there left to eat? Ahh, veggies...and fruits...nuts and beans...gluten-free grains. The good stuff so they say. I don't expect it to be a miracle cure. But I do expect to gain something from putting some faith in myself and in what kinds of things I put into my body. And who knows, maybe the process will also help me attain a little peace along my journey....