Beaten Down and Other Musings 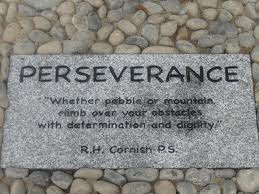 I know "beaten down" seems like a depressing entry for a blog title. And I also know that it is difficult for some of the people in my life, either who read my blog or follow me on Facebook, to read an onslaught of negative thoughts about what is going on with my medical issues. Heck, it is hard for ME to be in my own head sometimes lately or even to read a lot of negative thoughts on Facebook pages such as the Sjogren's syndrome one that I follow. But I have promised myself to start being more honest in not only my writing, but also in my interactions with other people. So here we are. The thing is: when I write and am able to process my thoughts, my alter ego, the much stronger one also known as "the optimist" usually finds her way out. Bear with me.


Just as Chuck and I were starting to watch a movie at home last night, I leaned over to him and said "I just feel beaten down." I wasn't sure really what my problem was. My mood swings from the steroids had lessened just enough to make me think that I will make it through this course of treatment without continuing to cry or wanting to kill someone several times a day.

Not even joking about that one. I cannot believe people actually take that stuff for a non-medical reason!

But I had not been feeling like myself all day and feeling well, beaten down; maybe even overwhelmed from trying to process all the events of the past few weeks. After all, I had been diagnosed with two blood clots in my lungs, Guillain-Barre syndrome, and had a recent and exhausting trip to the emergency room just two days prior with severe head pain, nausea, and increased tremors. I was checked out for bleeding in my head and a blood clot to my brain which all turned out negative. On top of it, I was constantly trying to deal with insurance issues, disability issues, appointments, rude people on the other end of the phone, my computer crashing, getting what I needed medically from my health care team, the list goes on and on.


Chuck's response to this big revelation I had last night was that of course I felt beaten down, who wouldn't considering recent events in our lives as of late? He was not surprised by this at all. But I was. I am a fighter and I attack everything head on until I get to the other side. I know that. But as I thought about it some more, I realized that this feeling of being beaten down wasn't about wanting to give up but rather to acknowledge and accept (there's that word again!) where I am at during this given moment in time.

Physically my body is beaten down because it has been poked, prodded, and stuck with more needles in the past few weeks than it should ever have to see in its lifetime. It has endured countless sleepless nights and long days of appointments and tests. It is worn out. Worn out from behaving in a way it is not supposed to with its altered heart rates and blood pressures, tremors, weakness and, new pains that it is not used to. My body is trying, that is for sure. It is begging me to be good to it with the food I put in it and the care I give to the massive bruises and hematomas that litter my body from my legs to my belly to my arms. Sometimes I feel like it is screaming out to me to just stop all the invasiveness that the others inflict on it and just let it be. I want to do that; to let it be. But I tried to let my body do its own job and it could not.


My body wants to feel pretty again. Sure, I was never a supermodel to begin with and my body is actually a lot lighter than it used to be, but it does not feel pretty. It feels disfigured from the bruises and the rashes. From the hair that is starting to fall out from the steroids and the often pale, makeup less face that stares back at me in the mirror....the darkened eyes that used to be so much more vibrant. My body does not understand that it is an effort to get it clean every day right now and everything else is not as significant. Maybe that is where I go wrong because really, a little concealer is not that much effort is it? Even though I am angry at my body for betraying me so much lately, maybe seeing lighter eyes with less dark circles underneath them in the reflection of the mirror will make me less angry with my body for its obvious betrayal.


Feeling beaten down is not just physical but emotional and mental as well. The act of processing a lot of events while trying to maintain some shred of normalcy, routine and self respect is difficult at best. It doesn't matter if it is related to having a chronic illness like I have or any other issues such as divorce, abuse, loss of a career, loss of a love, or loss of yourself. Fear of the unknown fills your head.


I will admit, I am scared. I am freaking scared to death. I don't think I fully realized how much until yesterday. I am afraid of what the results from another MRI will show this week. I am scared of going for a neurological procedure (EMG) that I know for a fact will be painful. I am scared of the results; whether they will be bad or whether there will be any results at all which could help define what exactly is going on and how we are going to take care of the problem.


I am scared because I know my body is not acting right and I fear that it will not get back to where it was even just two months ago. Will I ever be able to do an activity again for more than ten or fifteen minutes without needing to sit or lie down? Will I ever be able to stoop down again without falling over or needing help to get up? Will I ever be able to shower and wash my hair again without it being this epic event that exhausts me and makes me shake? I know since I have Sjogren's syndrome, my body will never exactly be the way it used to be, but will my body ever get back to where it was several months ago?

All of those questions were answered. And I saw my twenty-fifth birthday, as well as my fortieth. I got through it.

So for now, I will accept the fact that it is all right to feel beaten down; to allow my body to go through that process. It means I am down, but I certainly not out.


I will have faith.
I will trust in God to see me through.

I was sitting in church this morning and looking around at the various people scattering the pews and wondering how many of them were feeling beaten down right at this moment? Or wondering how many of them had maybe felt beaten down at a different time in their lives? A time where some things did not make sense or that they felt they had endured more than their fair share of beatings so to speak. I don't have to know all of their stories to know that those stories are there in some form or another. Tales of survival. Tales of people who became stronger and more compassionate people because of what they had to endure . Journeys that were easier than mine and definitely journeys that were more difficult than mine.

People who were beaten down but yet rose up. 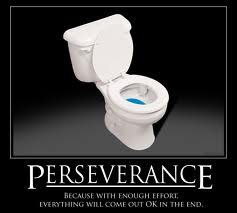