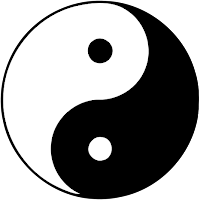 I am not sure when I first started considering acupuncture as a potential treatment modality for a “yet to be named although we think it is Sjogren’s Disease” autoimmune disorder. What I do know is that despite having many more good days than I had originally when this whole nightmare started, I still had ongoing issues that prevented me from holding down a job, never mind trying to carry on with my life in a way that many people take for granted. I was sick of taking a cabinet full of medications and dealing with the oftentimes crippling side effects of them, all in the interest of getting me “well”.

I started doing some research on acupuncture to try and find out more about it. I was afraid of the unknown. I am a nurse by profession and still held some traditional views about health, healing and medicine, despite the fact that Western medicine was not living up to what I needed it to do for this chronic autoimmune disorder. I will be honest-I was not too big on getting multiple needles stuck into me. I started talking about thinking of going for acupuncture on Facebook and a friend of mine suggested a clinic nearby that had a sliding fee scale. She had some success with it and encouraged me to check it out. Since I was out of work, I was very concerned about the cost of treatments and I figured maybe the sliding fee scale might help with that. I made an appointment with The People's Acupuncture Clinic in Amherst, MA for a consultation and so it began.

I have been caught up in the medical system as a patient on a full-time basis for three full years now with this particular illness (I have also had adventures with heart surgery, cancer, and a few other less serious diagnoses previously) so I figured I had nothing to lose by checking it out and doing one treatment. I was pleasantly surprised by the whole experience. The acupuncturist I saw (Ben) reviewed a pretty extensive health history with me. I had to laugh though at the part where I had to list my top three complaints/symptoms. I mean really, just three??? I could rattle off ten right off the top of my head but in the end, I decided on the three that were keeping me out of work: joint pain, breathing difficulties, and fatigue.


So here I was getting ready for some guy I didn’t know (but who seemed very knowledgeable as well as nice) to start playing voodoo with me. Then I started to think, what if he puts one somewhere he shouldn’t? What if he hits a nerve or something? OK, in all reality they don’t go deep enough to do that but I didn’t realize that at the time.

OK, to start with, the needles didn’t hurt. I’ll admit that since my first treatment, I have had a few instances when because of some sensitivity, a needle has hurt; but it all depends on your definition of “hurt”. To me, feeling like someone is using a sledgehammer on my wrist joints “hurts”. Someone sticking a scope into my lungs “hurts”. A needle feeling sharp for like a nanosecond, doesn’t really qualify as pain to me. Sometimes it passes instantly and if it doesn’t he takes it out. It is quite different than a traditional needle though. They are thin and very flexible. Those few instances they have been uncomfortable are not actually from the needle itself, but related to the area itself where it is being put in. Sometimes it is sensitive because it’s that time of the month (I am more sensitive then) or because the point he is treating is particularly painful that day. My feeling about this is though that I have a history (until maybe a year or two ago) of being so needle phobic that if I can handle having 8-15 needles (depending on the treatment) put in, anyone can!

The acupuncture experience itself is surreal in a way. Everyone reacts differently but it is truly one of the most relaxing experiences ever. It’s better than alcohol and tranquilizers! I know many people fall asleep for the hour, but I never have. I remember the first few treatments, I seriously felt like I had taken a handful of Ativan or some heavy duty sleep medicine. And yes, I can draw the comparison…I’ve had experience with both unfortunately! OK maybe not with a HANDFUL but you get the idea.

I am aware of what is going on around me but I just melt into the chair at the same time. I have had treatments where I feel like I am floating. I have experienced vibration sensations in parts of my body and itching. I have felt my mouth watering which is significant since I was having a constant dry mouth. Sometimes I feel this warmth go through my body. Oh wait, that may be the heating lamp over my feet. Anyways, I can tell that things are happening to my body and it all feels good. For a whole hour, I am actually at peace with my body and trust me, you cannot beat an experience like that….